Unlike formal diagramming notations, Structurizr purposely uses a very simple and constrained notation consisting of boxes and uni-directional arrows, some aspects of which can be customised via a set of element and relationship styles. Any styles that you use are shown on an automatically generated diagram key.

While viewing a diagram, click the button to show the diagram key.

The basic properties of an element are rendered as follows. 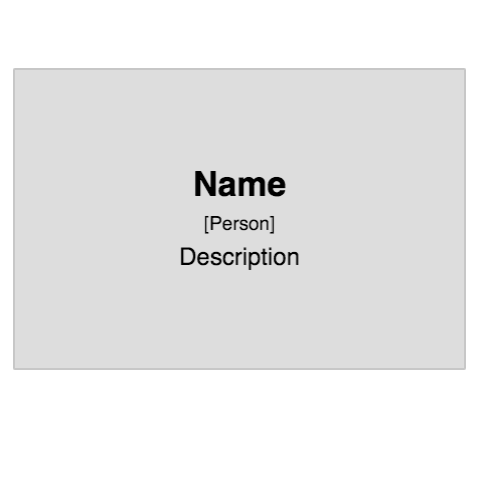 A person has a name and description. 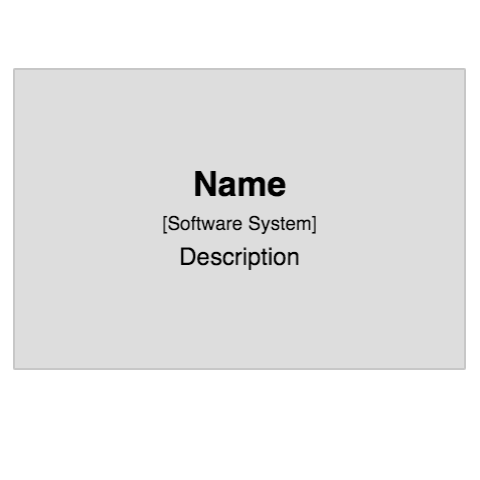 A software system has a name and description. 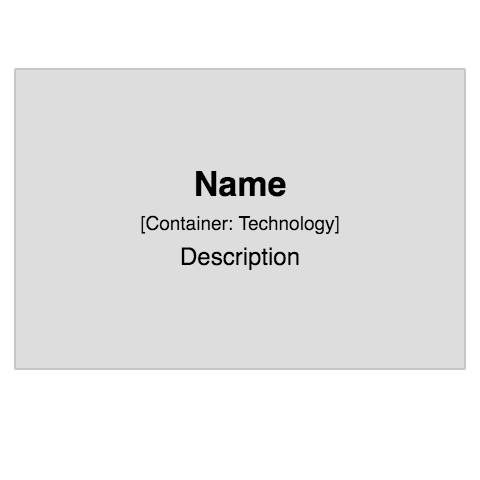 A container has a name, description and technology. 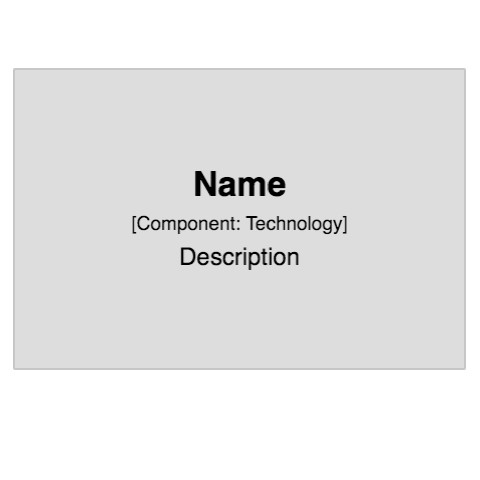 A component has a name, description and technology.

Although the notation is relatively constrained, the following aspects can be changed.

Shape, Width, Height, Background, Border, and Description are not applicable for deployment nodes.

A relationship between two elements is illustrated by unidirectional (one-way) arrow as follows. 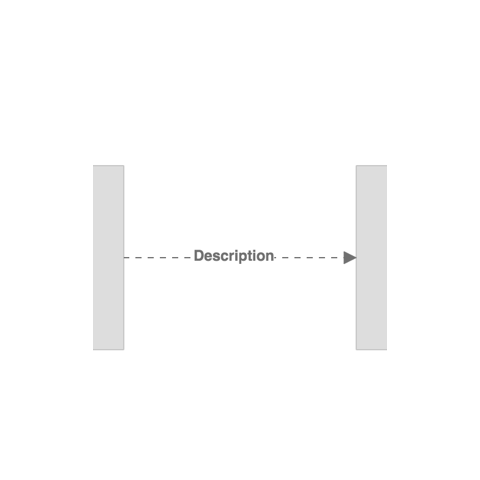 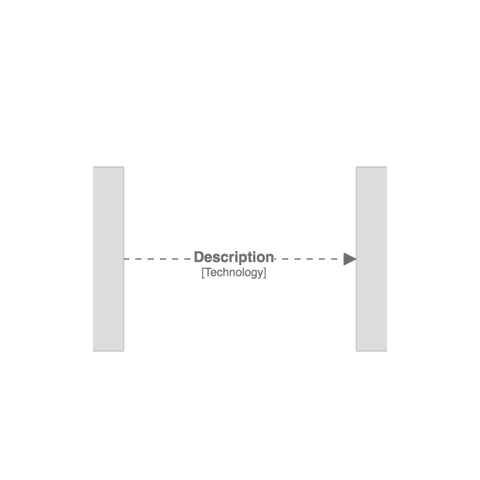 Again, some aspects of this notation can be changed.

These default tags cannot be removed, but additional tags can be associated with any element (except groups) or relationship.

Element and relationship styles are associated with a single tag. For example, to render all people as "Person" shapes on the diagrams, you need to create an element style for the Person tag, and specify a shape of Person.

The following examples have been styled in different ways. 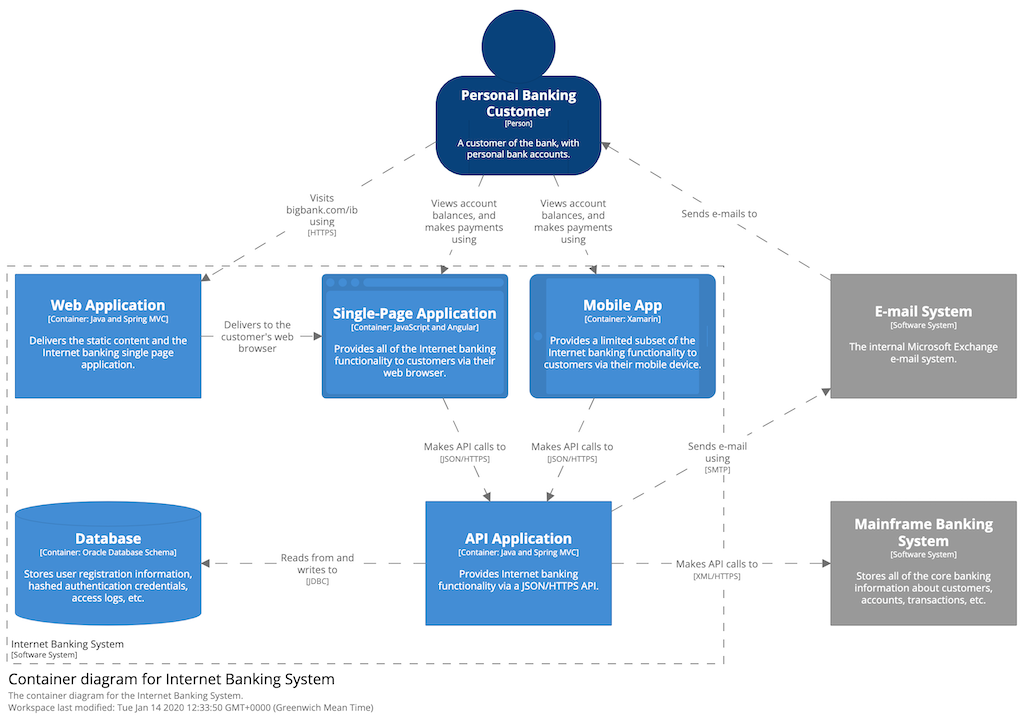 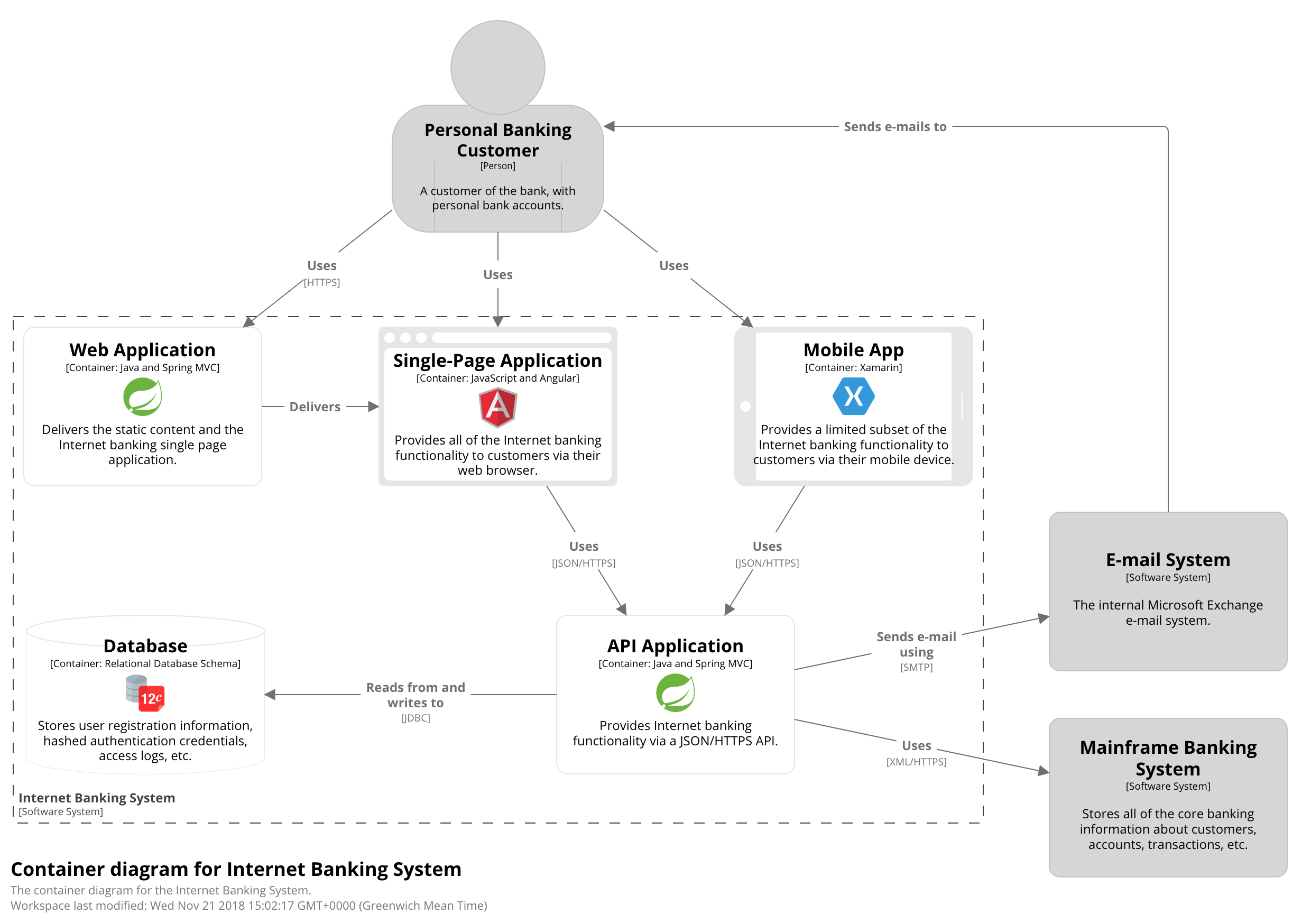